Historic problem, modern blight: why we needed to hear about slavery

It can be difficult to connect with situations outside of our immediate experience; more so to those in the past.  But over the past six weeks, nine eloquent people have shared with four audiences their insights into one of the modern era’s most persistent yet poorly understood evils – that of slavery – and in doing so, have brought that connection within the grasp of everyone present.

When slavery first comes to my mind it’s often in the form of mental images of grotesque, overtly cruel masters issuing beatings to people wearing chains.  A caricature based half on truth, half conjecture.  However, disturbing as those images are, what’s more disturbing is that the perpetrators of this most extreme form of human exploitation were, and are, no less respectable than you or I.  For much of modern history, until a frighteningly few generations ago, slave-owning was quite normal and acceptable within polite society; and the fact that it isn’t generally acceptable today simply means that the slavery that occurs does so in secret, or wrapped in layer upon layer of convenient complicity.

As I watched and listened to our contributors during our series ‘Abolishing Slavery – Then and Now’, it’s this question of complicity to which I kept returning.  What was it that makes it possible for people within any available moral framework to agree that one person’s life should be circumscribed by another’s whims?  That their origins, family and culture should be erased, to be replaced with the structures of control imposed by their ‘owner’?  What in particular, enabled the Quaker movement to ignore this vicious crime for generations, even sanctioning participation in slave-owning until finally outlawing it within the Society in 1776?  What, two centuries after the abolition of the slave trade in the British Empire, makes it possible for people to be trafficked, trapped and exploited within households and commonplace industries right under our noses in this country today?

We have much to acknowledge in our history that has been forgotten, perhaps wilfully.  As Professor Marcus Rediker narrated in the fourth of our events, Quakers both in the UK and the American colonies of the mid-eighteenth century fought with one of their own – Benjamin Lay – for decades, barring and disowning him as a revolutionary troublemaker because of his tireless campaigning against slave-owning.  Alone in society and amongst Friends, he and his wife Mary were perhaps the first abolitionists.  Without their efforts there would have been no Clarkson, no Wilberforce; perhaps no abolition at all.

It was to Thomas Clarkson we turned in our second event, on 1st October, when Mike Casey and Arthur Pritchard, the duo known as Plain Quakers, dramatized his life and work in the abolition cause.  Inspired by his research for his prize-winning Cambridge University essay on the slave-trade, he devoted his life to forensically uncovering the truth of the treatment of slaves, risking life and limb from hostile opposition in the process; and using his findings to galvanise public support for abolition.

But abolition was not all down to members of the slave-owning societies.  Sometimes slaves themselves were instrumental in winning their own freedom.  Our series was kicked off in style by a performance of ‘Meet the Crafts’: the dramatic retelling of William and Ellen Craft’s escape from slavery in Georgia in 1848, which was made possible because Ellen’s mixed heritage meant her light skin enabled her to disguise herself as William’s master.  Joe Williams and Leah Francis of Heritage Corner Leeds breathed life into these largely forgotten heroes of their time: ordinary people facing the most difficult of circumstances yet proving the great courage and dignity of the human spirit.

That courage is no less needed today than at any time.  40 million people are bound in one or other form of modern slavery: from indentured labour to sexual exploitation; from forced marriage to organ harvesting.  Here in the UK, exploitation of migrant labour by gangmasters operating in agriculture, the ‘beauty’ industry and car valeting.  In 2016, nearly 4,000 potential victims were alerted to the UK’s National Referral Mechanism – an increase of 17% on the previous year.  But because of slavery’s hidden nature, the actual numbers are likely to be far higher – estimates place the real figure around 13,000. 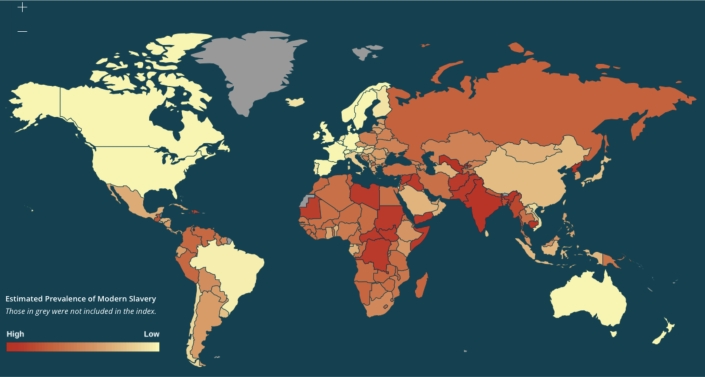 On 15th October we heard one person’s harrowing story of domestic servitude and narrow escape.  We heard from Andrew Clark how Anti-Slavery International are highlighting and tackling modern slavery in all its forms.  Cristina Talens of the Wilberforce Institute explained the scenarios she encounters when trying to help businesses identify and monitor how their activities and supply chains rely upon modern slavery.  Sheila Mosley of Quaker Asylum and Refugee Network drew the connection between the absence of safe and legal routes for asylum seekers to Europe and their vulnerability to enslavement during the trafficking process.

It left me shocked and saddened but not surprised.  Just as slavery in many forms is a constant blight on all societies, so are the worst facets of human nature.  But just as legalised slavery was abolished, so can our society work to abolish the slavery of our time.  If this seems too big a problem for individuals to deal with, we can take heart from the fact that numerous competent organisations are committed to bringing about change.  So the question is not ‘what on earth we can do about slavery?’; it is ‘what will it take to make us act?’

Some organisations addressing modern slavery through campaigns and victim support:

To view or pick up information and resources about modern slavery, get in touch with the Friend in Residence to arrange a time to drop in.

Our thanks to all our contributors during the series.

This entry was posted in events, modern slavery, quakers.